If I had an extremely large family, I can think of no better way to shuttle them around town than in this 1951 International School Bus, for sale here on Craigslist in Madison, Wisconsin. Of course, I’d probably want to do a little bit of restoration work first. While the asking price of $2,000 isn’t too steep, finding parts for this bus might be a little more challenging and costly than ordering modern reproduction parts out of a Year-One catalog for a ’57 Chevy. Thanks to Chris A for the submission! 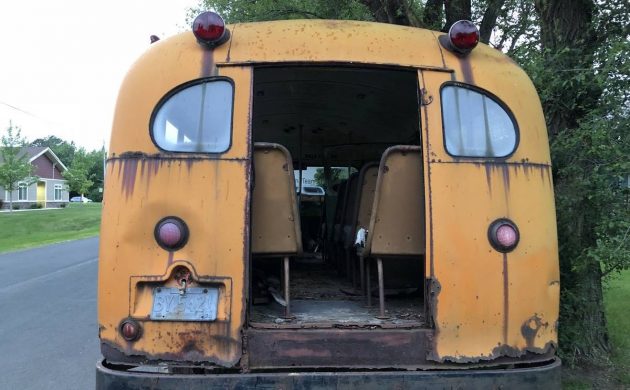 The International Harvester L-series trucks were available in a wide range of sizes, from pickups to tractor-trailers.  This bus looks to be based on the L-160, which would have been a medium-duty truck chassis.  It should have been factory-equipped with a 100HP, 269ci inline-6 engine, so it probably wasn’t much faster when new than it is as it currently sits. 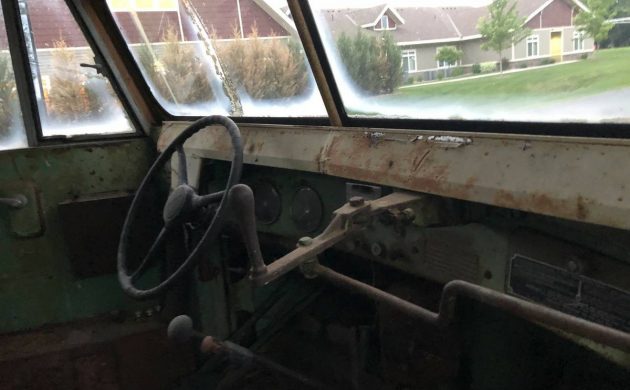 While this bus appears to be very complete given its age, I think it would take a tremendous amount of work to turn it into something useful and enjoyable.  The rear panels are plenty rusty at their bottom edges, and the interior also exhibits a good bit of rust on many of the flat surfaces.  There aren’t any photos showing the undercarriage, but it’s probably safe to assume there is more rust there, also.  The seller says the engine and transmission are original, but that the truck hasn’t been started in over 20 years, so some mechanical freshening is likely needed, too. 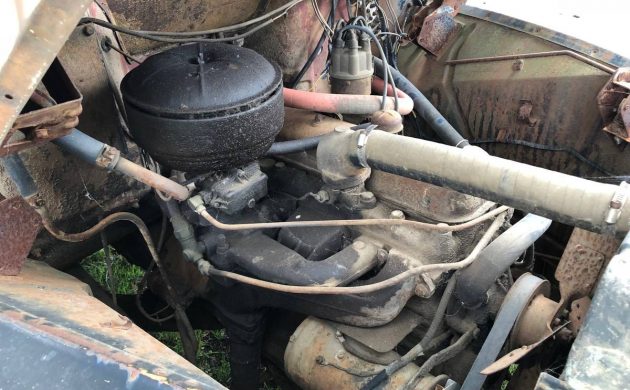 I have a soft spot for vehicles like this, as it seems that few medium-duty trucks survive to this age.  Most were put to work as intended and then scrapped when their serviceable lives ended.  Still, I’m not sure what one would do with this bus.  The seller suggests that it could be made into an RV, and I think it would be fantastic outfitted with modern amenities on the inside and restored to as-new condition on the outside.  However, that sounds like a long, costly and difficult endeavor, and I’m not sure there are too many folks out there who are looking for such a project.  What other uses do you see for this old bus?